Welcome back folks.  Just another ramble from me in the realm of computers and electronics, in this case: storage.  This is quite fitting as I’ve made a big decision recently of finally moving over to the wonderful world of the WiFi hard drive (also known as the wireless hard drive), which by the way is a very viable alternative to the cloud.  Both offer excellent features and convenience, but differ somewhat in their appeal and benefit to each type of consumer and their corresponding needs – what’s good for one isn’t always good for all.

I’ve been on the road on and off for just over twelve years now and have gone through (and often welcomed) the development of new technology when it comes to data storage.  When I started out of course, backing up files, especially all the photos and videos I captured from each country along the way, was achieved by burning everything onto blank DVDs.  Just reading that back to myself makes me cringe at just how old I am and more importantly, just how far and just how quickly technology has moved in that time.  Come to think of it, before doing a mass bulk burn to a DVD I can still remember emailing myself important documents or spreadsheets for a secure future recall should I ever need one.  It wasn’t long however that I invested in my first external hard drive, which I would fill up before removing files to free up space before adding more, until the time came that bigger and bigger drives became available.  I generally continued in this theme until around 2009 when I made the hugely controversial shift from PC to Mac (haven’t looked back since by the way!) where I discovered to my great delight and satisfaction that the Mac’s backup facility was something that I’d always wanted though wasn’t even aware existed.  To finally be able to plug in, sit back and let the Mac do the work, flawlessly, was nothing short of a godsend 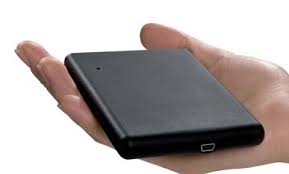 So recently, with a sudden surge of excitement, I found myself trawling the net in search of used or second hand WiFi hard drives, and while I came across many, there were no sites offering such a selection or such value for money as this one: http://www.canada.for-sale.com/wifi-hard-drive. Naturally, I jumped at the deal and expect to be unpacking it within the next few days.

The real advantages that WiFi hard drives give you in terms of storage, is simply that they give you a whole new world above what we’ve traditionally thought of as being storage.

Firstly, and to put things in immediate perspective, WiFi hard drives generally have a significantly higher capacity than their external USB counterparts.  They also have their own built-in WiFi network that any surrounding computer, laptop or hand-held device for that matter can connect to via a user-defined password.  So, if you’re thinking of suddenly seeing a new network available that is packed with files, music, videos, games and pictures, that can be accessed any time, then you’ll be on the right track.  This now means that you can ‘stream’ movies or music directly from the drive without having to download it, which is great for sharing with friends or family.  You can share with anyone for that matter, you simply choose who is eligible for a password, or more importantly, who has exactly what access to what, under each password.

Another valid advantage commonly expressed is that you have your information – all of it – backed up, at home.  This I guess is a point made against users of the cloud, whereby yes, it’s backed up in the cloud, but ‘where’?  And more importantly of course, with whom?  With so many security breaches and compromises of today I must admit that this is a very valid point, even though I am a fan and user of the cloud. 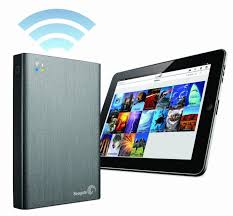 And finally, something I didn’t actually realize myself until recently: you can backup, download, save to or upload not necessarily from anywhere within the home, but anywhere in the world.  As long as your WiFi drive remains on standby with a secure internet connection, you can literally access it from anywhere, which is incredibly useful for business types on the move, or even for families who spent extended time away, or anyone for that matter who generally requires the piece of mind of a secure wireless backup wherever they are.

Well folks I hope you found this useful.  Mine should be here in a few days so I’ll be sure to give you an update once I get it up and running.  Until next time..